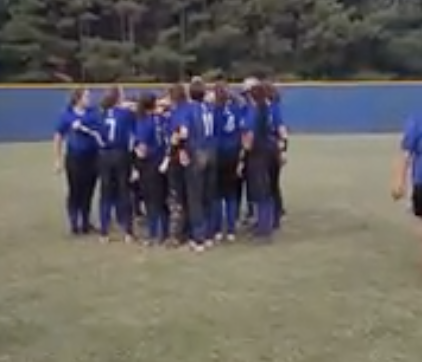 With four games left in the season, the 2019 Centennial Knights became the winningest team in school history with a nail-biting 10-9 victory over Johns Creek. Centennial, which got its name because it debuted in 1996, the year of Atlanta Centennial Olympics, won nine games for the first time in the history of the East Roswell school. Appropriately several teachers were on hand for Teacher Appreciation Night.

Sofia Refeca knocked in three runs, while Hailey Walker pitched another complete-game, tossing seven innings with an impressive 1.86 WHIP. With the victory, the Knights improve to 9-13. It was the Knights sixth win in their last ten games. Tonight’s victory was the second one-run win against their Johns Creek neighbors. CHS won a heart-pounding 21-20 contest earlier this season. The Knights next play Wednesday at Pope High.