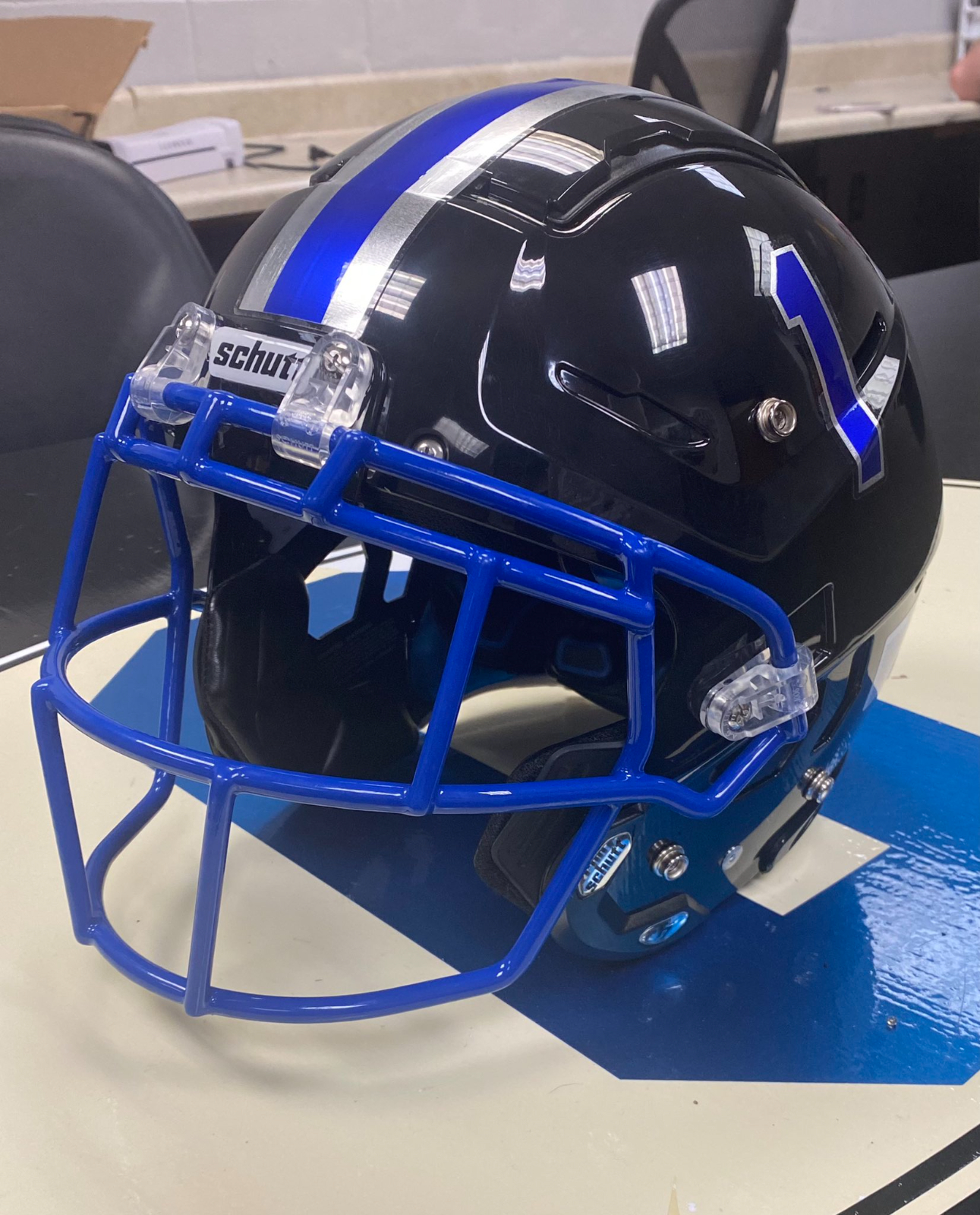 In the Spring of 2018, a longtime friend and supporter of the Centennial Football program came to me with a concern. For years, Centennial has always awarded a Scholar Athlete certificate. This certificate was given to any student athlete that had maintained a 90 or above cumulative average. As the Athletic Director, this was always the award I liked to give out at the football banquet. A Scholar Athlete was an individual that showed drive and dedication in everything they did, a true student athlete. The previous fall we had several Scholar Athletes, but the photo of these athletes did not look like a team photo of the football team. While our football team had a majority of African American athletes, none were represented as scholar athletes that year. This supporter wanted to change that. He asked, “What if we had some way to inform and motivate these athletes to achieve in the classroom and on the field from the moment they become Centennial Knights? Some kind of scholarship incentive.” My first thought was that this supporter was going to pay their fees to play football, but he had a grander idea in mind.

From that conversation, The Centennial High School African American Football Scholar Athlete Scholarship was born. This scholarship program arose from the recognition that male African American students are seriously under-represented as Scholar Athletes in the Centennial High School football program. It is the express desire that this program will encourage a significant increase in the number of athletes that qualify as Scholar Athletes. For each semester an African American football player earns a 90 or above cumulative average, they would receive one semester of college scholarship funds. The Scholarship is designed to pay tuition, school housing, school meal plan fees and books after funds provided by any other scholarships are exhausted, up to $25,000 per semester. Our athletes now can earn up to 8 semesters of college scholarship funds, a potential total of $200,000. Even a student has a bad semester here or starts out slowly as a freshman learning how to navigate high school, they can still earn later semesters as they mature and grow. This seems too good to be true, but to show his commitment, a donation of $250,000 was immediately made to sponsor the first students eligible.

In year one of the program, 3 African American football players qualified for the scholarship for all 8 semesters. Two students are currently attending Georgia State University. Preston Powell is currently a Business Major at GSU, and Grant Blevins is majoring in Film and Media production. Both are finishing their sophomore years. Dexler Benjamin attends Tusculum University where he plays on the football team and is majoring in Pharmacy. While all three had already earned different scholarships to attend school, there are countless other expenses that come with attending college and The Scholar-Athlete Scholarship has filled that void. It not only is allowing these students to leave college with no debt, but it is also allowing them to attend school stress free, since they do not need to worry about any added expenses, as they are all covered through the scholarship.

Unfortunately, no graduating seniors last year qualified for the scholarship, but this year two young men have earned some individual semesters. Evan Walker has already been a solid student with a 86 average, but the past two semesters he has excelled in class and earned a 91 average and in turn, two paid semesters of college. For the other student, his academic path has not been easy. Despite struggling at times in high school, Jordan Barbas was able to work hard and earn a paid semester of college with a semester above 90 during spring of his junior year. Once his grade was high enough to be close, that was enough motivation for him to finish strong and have the best academic semester of his career. When talking about the opportunity, Jordan said “It’s such a stress reliever; this could be life changing. To know I get to start college without having to work, without worrying about money, and can just focus on my school means I will get the chance to start on the right foot for success.”

Now in year 3, I checked in with our donor yesterday and his goal is the same as mine. We need more students to take advantage of this wonderful opportunity. We want our student-athletes to achieve and to excel in everything they do. The goal is set for them, and the reward is incredible. For current students, it doesn’t matter what your grades were. You can set a goal to improve. For our incoming freshman class, it starts on day 1. Centennial Football and our athletes are blessed to have this opportunity, and it’s up to our athletes to take advantage.