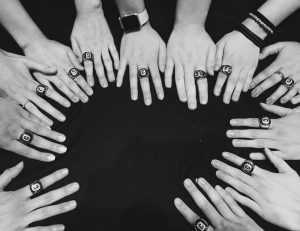 Last night the Centennial High School Athletic Department held their second annual Athletic Awards Night to celebrate the best in Centennial athletics during the 2018 and 2019 seasons. Throughout the year, there have been some incredible moments from last-second victories to state championship trophies. This year, Centennial even had a record number of athletes sign to play at the collegiate level and our Athletic Director, Jeff Burch, was awarded for his outstanding work in Region 7-AAAAAA. During the ceremony, the hard work and effort by these athletes, coaches, and families to make these accomplishments possible were celebrated and honored. Below we have included a list of athletes and coaches who were recipients of an award for their performances on and off the field in 2018 and 2019.

Colin Kahl – Basketball; Sewanee: The University of the South

Coach of the Year:

Athlete of the Year: